Once Upon A Time Before Napkin Service | Linen Finder 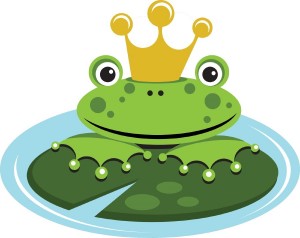 In A TIme BN (Before Napkins)

There is no doubt that a well-ironed linen napkin dignifies a dinner table and gives a touch of class and distinction to the dining experience.  But once upon a time, before napkins, princes and princesses used to wipe their hands after meals on their own clothing.  This was a time before utensils were even around so imagine that huge mess!  The Ancient Greeks used to wipe their hands clean with bread dough.  For families that were not wealthy this was not even an option.  The Ancient Romans used pieces of cloth they called Mappa as napkins. These napkins also doubled as “doggie bags” as they would wrap food to go in them too.

Cloth napkins began being used during the Renaissance Era.  These were originally the size of tablecloths which everyone at the table used.  While this worked out well at first, it became expensive as the cloth had to be changed at every meal and sometimes, in between meals.  Only the wealthy were able to partake in using these types of napkins.  As the years went on the size of the cloth was reduced to the point that everyone had their own napkin at the table.  However, even when individual napkins were used it was still expensive to have to launder them after every use.  This is when napkin rings came into place.  Believe it or not, napkin rings were originally used so that everyone would know which napkin was whose, that way they could be re-used by the same person, not as a decorative piece like it is used for today.

By the 1700’s,  napkin etiquette rules put in place.  Some of these rules are still in place today, such as not blowing your nose into a dinner napkin (still a great rule to follow).  Restaurant owners today and their staff still see their customers doing all kinds of things with their napkins.  While most people lay the napkin on their lap, using it to wipe their hands or mouth during a meal, some others use theirs to store half-eaten food or as a party favor.

So what is the proper use of a linen napkin?  According to “The Etiquette Guy” the thing to keep in mind is, respect.  Think about the waiter who has to pick up your napkin after wrapping that half-eaten piece of food inside.  Or how about the staff member who will clear the table and have to handle your napkin after you used it as your personal sneeze stopper.

If you follow these simple considerations at whatever dining establishment you are in, you will enhance your dining experience and earn the respect and admiration of the wait staff in the restaurants you visit.